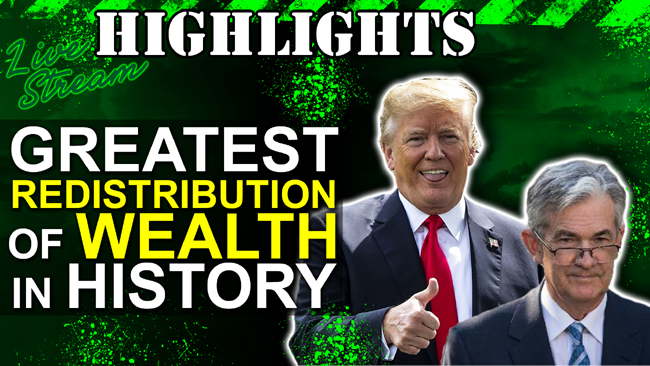 The middle class in America is being decimated by the greatest wealth redistribution in history–with generational consequences.

While everyone is focused on the Left’s attempts to take from the “rich” and give to the poor, everyone is missing the slight-of-hand that has massive amounts of wealth being fleeced from the middle class and given to the top 1% and big business–thanks to Jerome Powell and the Fed (Robinhood of the elites), as well as the Trump administration.

Never let a good crisis go to waste–and it works on both sides of the aisle! In this video, we explore the collapsing economy, the unseen (but massive) redistribution of wealth, and what you can do about it.

Join the conversation in our Wicked Prepping live streams: https://www.twitch.tv/wickedprepping