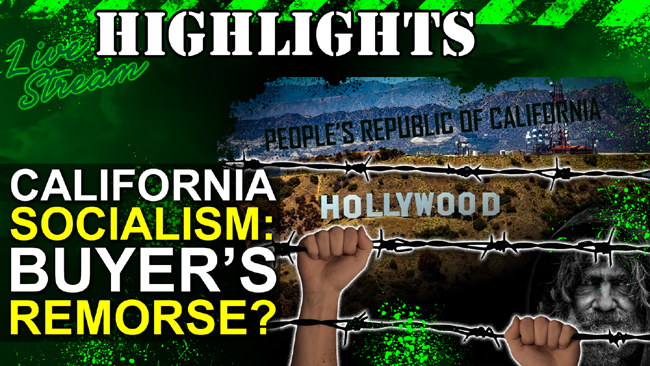 We’re witnessing a meltdown occurring in the People’s Republic of California–specifically in Los Angeles. Folks are waking up and rolling out of bed to find themselves trapped in a socialist nightmare.

Liberalism has a certain romantic, feel good allure when it’s abstract. Unfortunately, the face of liberalism changes when it gets real–that angelic vision turns into a demonic socialist hell-hound bent on sinking its teeth into your flesh!

It’s like a real-world version of the movie Inception, where the liberal “woke” folks are now apparently waking from being woke… finding themselves in some bizarre multi-level dream world where they discover they really do like conservative values and freedom!

Funny how things change when you’re no longer living in the land of endless rainbows, bottomless pots of gold, benevolent fairy godmothers, and glittery purple unicorns.

Will this new awakening lead to a California red wave in November? Who knows… but the meltdown is arguably must-watch reality TV.